May Member of the Month: Avohom Carpenter. 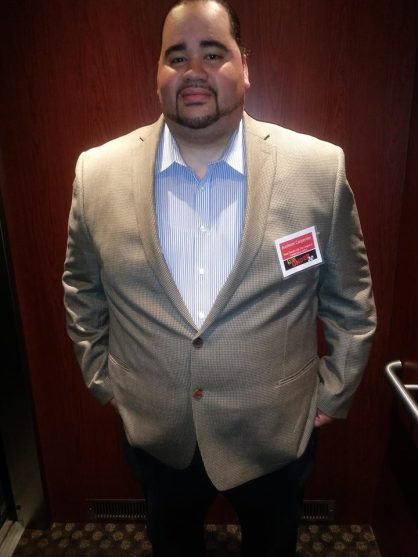 If you recognize the name Avohom Carpenter, it’s probably because he’s knocked on your door before. This month, we’re proud to name Vo Carpenter as our MRAYD member of the month.

Vo was born the sixth of seven kids in Hartford, Connecticut and moved to Hampton Roads when he was in second grade. His mom – a single mother – raised him in Section 8 housing in South Norfolk. Vo graduated from Hampton University, where he double majored in Political Science and History.

Vo’s interest in politics began during the presidential election of 2000. Watching the debate over Bush v. Gore continued his interest in politics. Vo helped as a canvasser for Senator Kaine’s campaign for governor in 2005. However, he saw then-Senator Obama’s campaign for president in 2007 as a call to action. That year, he helped found a Students for Obama chapter at Hampton University, where the group traveled to several states during the primary season to support President Obama’s campaign. In 2008, Vo was made the campus coordinator for the Obama campaign at Hampton.

Since President Obama’s first campaign, Vo has been involved on numerous campaigns. In 2009, he interned with Brian Moran’s campaign for governor and then as a fellow on Senator Deeds campaign. In 2011, he became field director for Connie Brennan’s campaign for the House of Delegates in Nelson County. In early 2012, he became the canvass coordinator for John Delaney’s campaign for Congress in western Maryland.

In 2012, Vo finally found his home in the metro Richmond area. That year, he joined the Obama campaign as a field organizer in the Petersburg office. In 2013, the Virginia League of Conservation Voters hired him as their deputy field director. From 2016 to this February, he was a regional field director and Interim State Field Director of New Virginia Majority. Now, Vo has found his home as director of civic engagement with the Virginia League of Conservation Voters Education Fund.